Specifically, it is special in that:

Kevin provides a more detailed explanation with codes, coming from both deep learning and statistician perspectives.

Generative models are useful for building AI that can self-compose images, music and other works. Building a generative model is challenging because it is hard to define what is the best output (training target), and find a working cost function.

GAN introduces a new paradigm of training a generative model, in the following way:

In the paper, the author used fully connected layers for both networks and demonstrated good performance in generating realistic looking images.

Although as Karpathy noted on his experiment, "things are not quite as nice in practice".

Part of speech (POS) tagging aims at parsing the dependency structure of a sentence to understand which word is root, action and objectives. SyntaxNet is a Google open-sourced neural network solution achieving state-of-art accuracy in POS challenges. 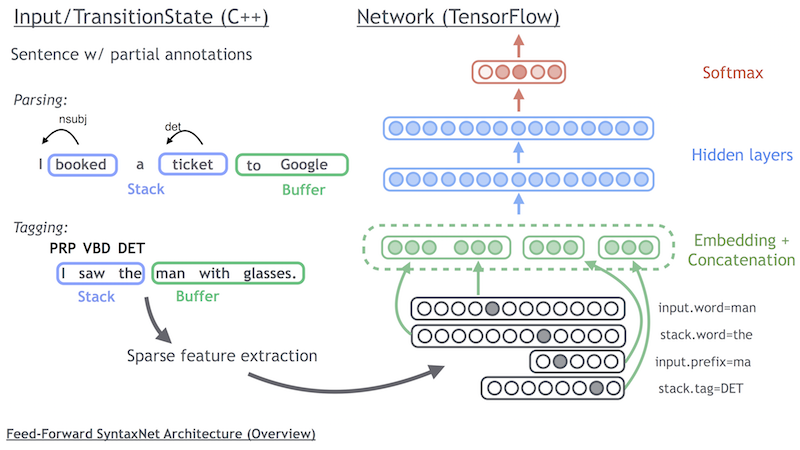 As illustrated in the above picture, the model concatenates feature embeddings, run through hidden layer, and output the softmax probability for the next optimal action to take on the sequence graph.

In summary, the paper proves

Google's original "Show and Tell" network builds a LSTM recurrent network on top of GoogleNet Image classifier to generate captions from images. The CNN googlenet interprets the image and LSTM translate the image context into sentences.

Subsequent "show, attend and tell" introduces a attention vector to tell the LSTM where to look at within the CNN output. This attention vector itself is generated from fully connected neural net and is trainined together with the system. Evaluation results suggest small advantage beyond original "Show and Tell" algorithm 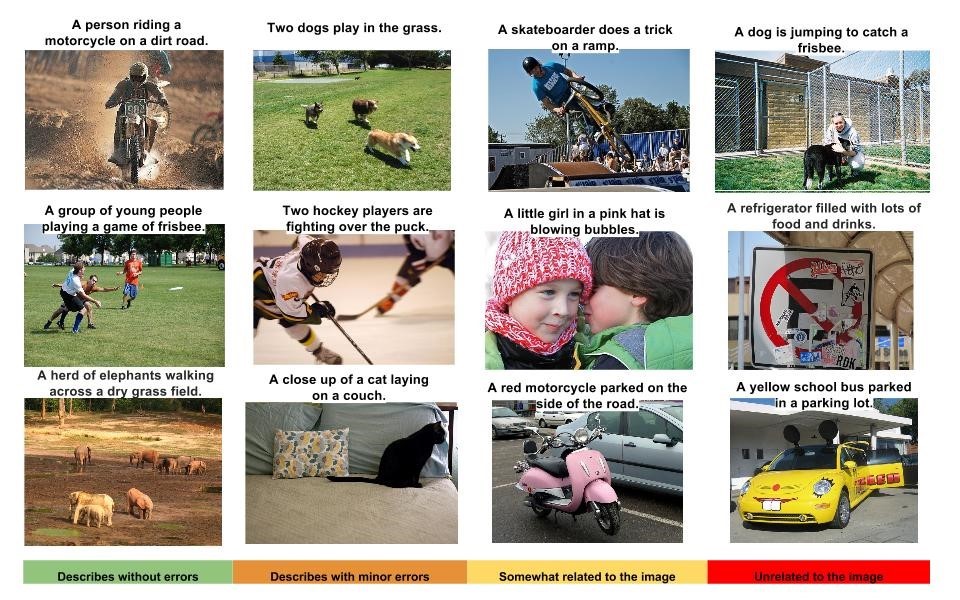 ResNet50 is a highly accurate model published by Microsoft research. It's gain in accuracy comes at a cost of computational expenses. Both its model memory cost and execution time exceed those of GoogleNet.

VGG is published by researchers at University of Oxford. The highlight is its simplicity in architecture. Majority of the network consists of convolution layers and dropout layers in simple cascading fashion.

TextRank applied PageRank-style graph ranking algorithm on natural language articles. Through tokenization of individual words as vertex and using co-occurance as unweighted connection, text rank graph can produce a list of keywords from a passage.

The author also achieved good performance in article summarization if the algorithm uses whole sentence as vertex and use "sentence similarity" as weighted connection.

And many more on Github